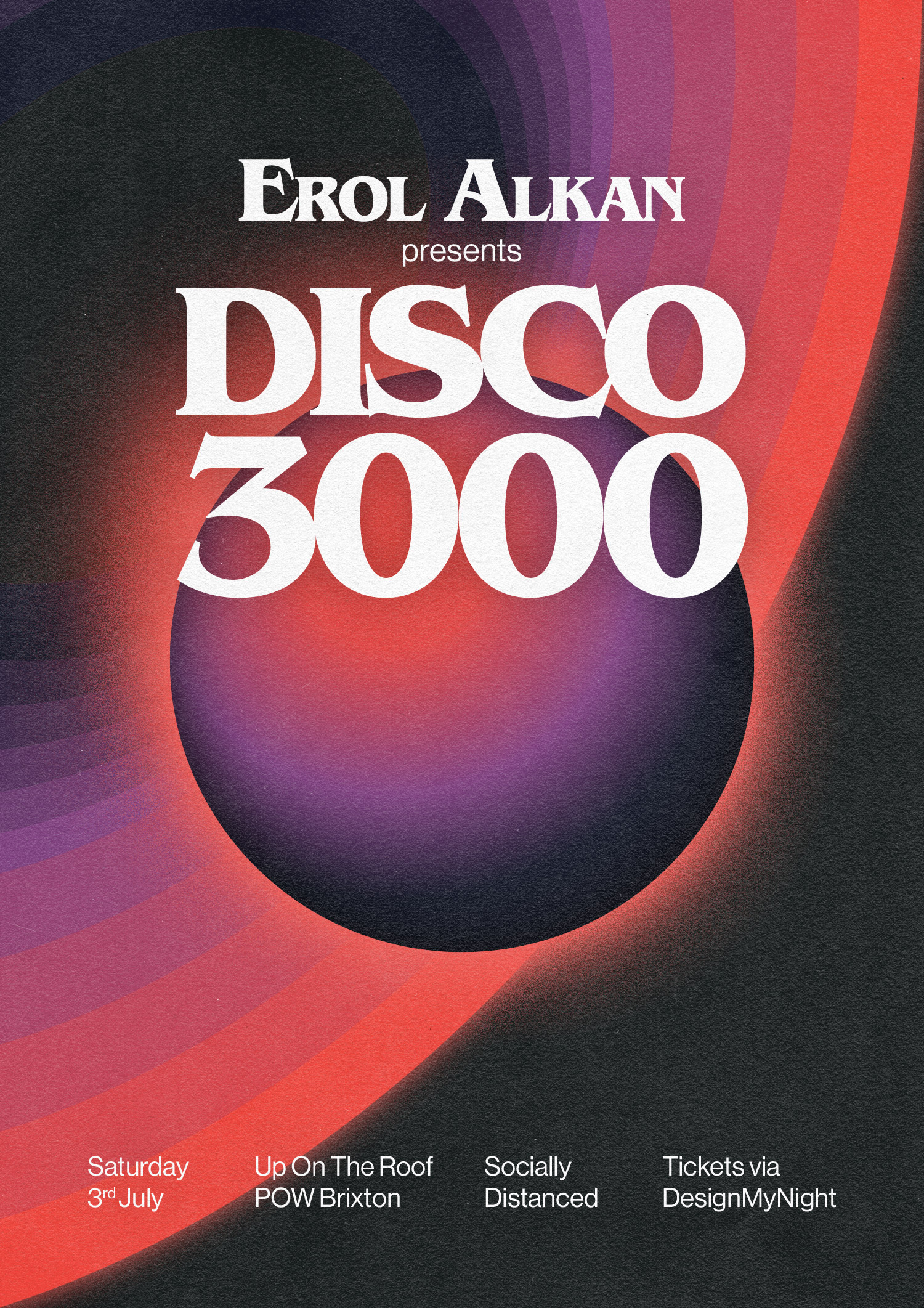 With the delay to the government roadmap, we are happy to be able to extend our Spaced Out series for an extra 4 weeks!

The iconic Erol Alkan joins us at The POW after his debut performace back in April… the NTS resident is something of a renaissance man – the Phantasy Sound boss deals in great records, whether it’s signing, making or producing them. Erol brings his Disco 3000 moniker to the rooftop.

“Brixton’s multi-floored bar and club the Prince of Wales serves many functions, but its terrace is the jewel in its musical crown. The terrace is arguably the best of any club in London…” Time Out