Up On The Roof After Dark with Bobby & Steve 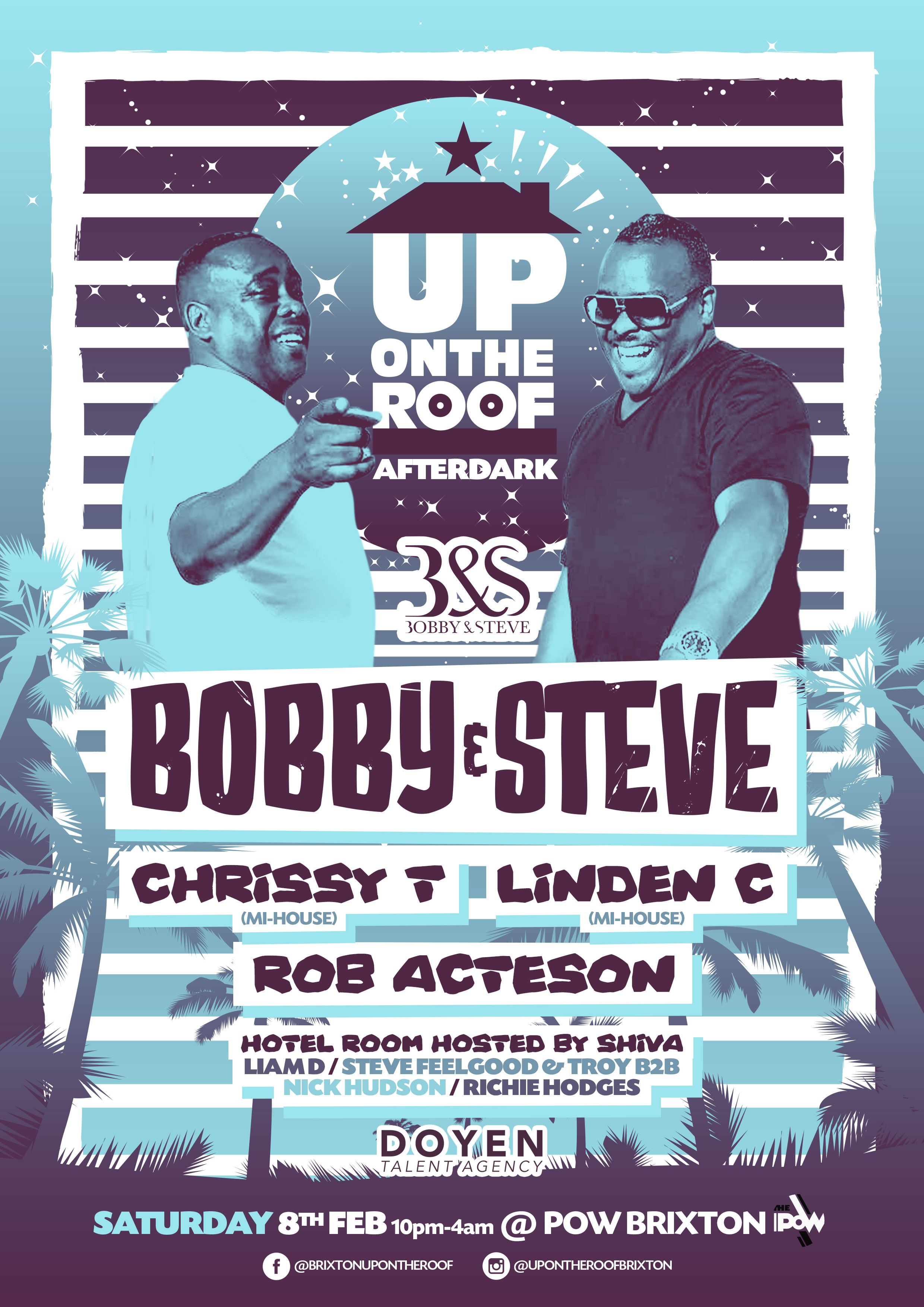 We are back for our first ‘After Dark’ party of 2020, this time with London house legends Bobby & Steve joining us for a very rare London appearance outside their Groove Odyssey parties.

Marking 34 years in the industry in 2019, the duo is also celebrating 10 years of their brand Groove Odyssey with partner Michael Hughes. With a residency at the world renowned Ministry of Sound and Groove Odyssey hosting the main stage at the mighty 51st State Festival as well as their 3rd year of the GO Ibiza weekender and further dates being announced, this is set to be a remarkable year for Groove Odyssey. In addition to this, their eagerly anticipated debut artist album will be released at the end of 2019, and includes collaborations from Leroy Burgess, Duane Harden and Barbara Tucker amongst others. And with their long running prime time show ‘Groove Odyssey Sessions’ on HouseFM.net, Bobby & Steve are in demand now more than ever.

In 2008 alongside their business partner Michael Hughes, the new powerhouse ‘Groove Odyssey’ record label and club event was created. Ten years strong, the brand’s label is churning out original releases and compilation albums to critical acclaim. The Groove Odyssey club night holds a residency at the Ministry of Sound with guests including David Morales, Louie Vega, Dimitri from Paris, Terry Hunter and Joey Negro with further dates being announced around the country and further afield. 2017 saw Groove Odyssey embark on a white isle adventure and their hugely successful GO Ibiza weekender, has been running for three years now and kicks off the island’s summer season in May with the line-up for 2020 soon to be released.

Bobby & Steve have been two of the most respected names in dance music for over thirty-five years and continue to be constant figure heads in championing the soulful house sound evermore. With house music more prevalent than ever, the boys are still in serious demand, frequently playing globally. There is no doubt that the brothers have created a timeless legacy, and a certainty that they will go from strength to strength in preaching the gospel of soulful house for years to come.