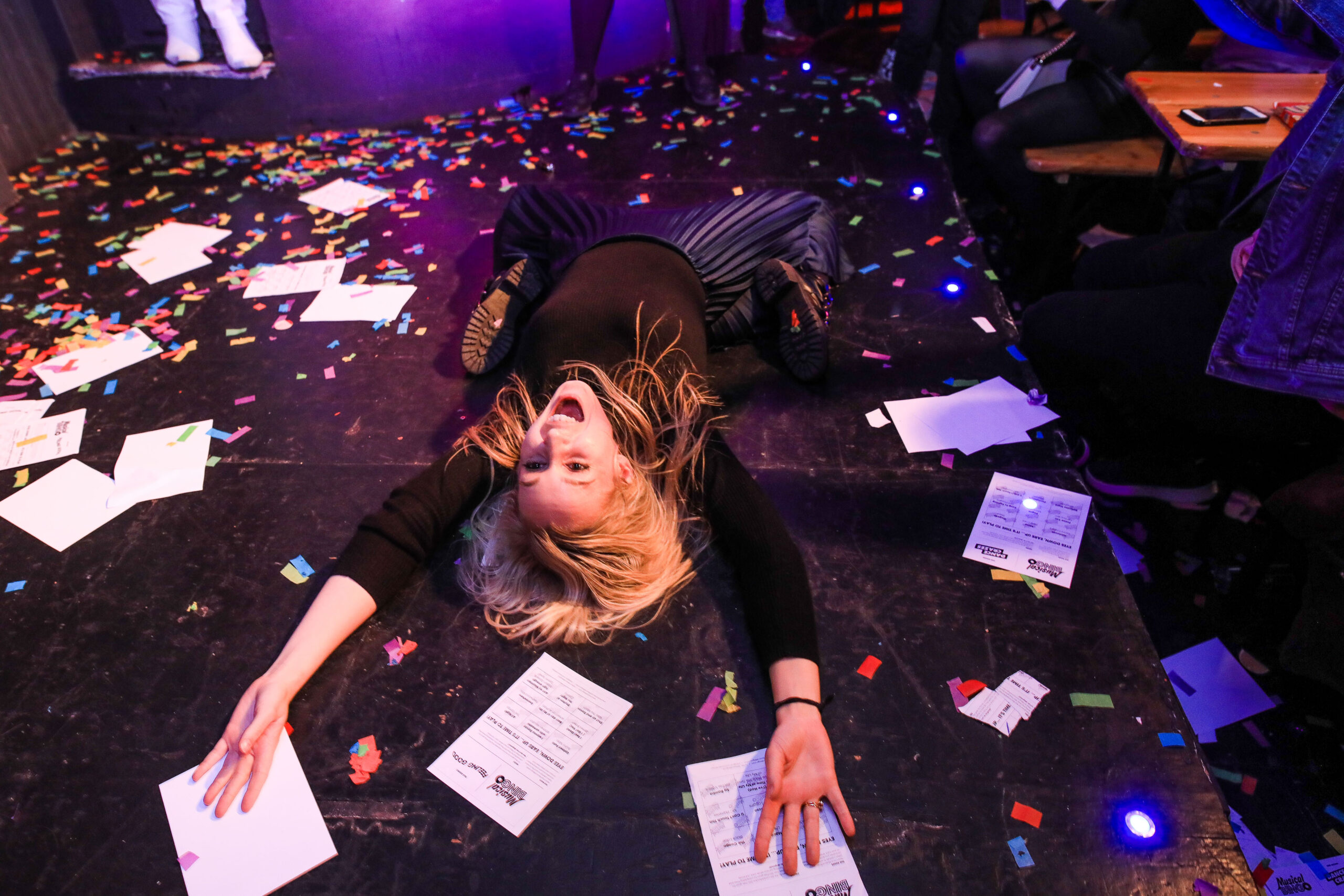 How the game works!!!

It’s just like regular bingo, but instead of shouting out numbers we play songs! Each round takes on a different theme of song choices, these could be based on either a decade, genre or a just a quirky random topic.

Then it’s over to the DJ as they spin a quick fire medley of tunes while players simply mark ‘em of their bingo cards accordingly. Prizes are won for one, two and three lines, and finally the Grand Prize: The Full House!

Oh, and If that wasn’t enough excitement already, then you can also expect some other little twists along the way, like the ‘multi choice mystery boxes’, and the chance to gamble your grand Prize winnings on the ‘Killer Question’ What will you decide to do?