Disco in the House 5th Birthday, on the terrace & in the club 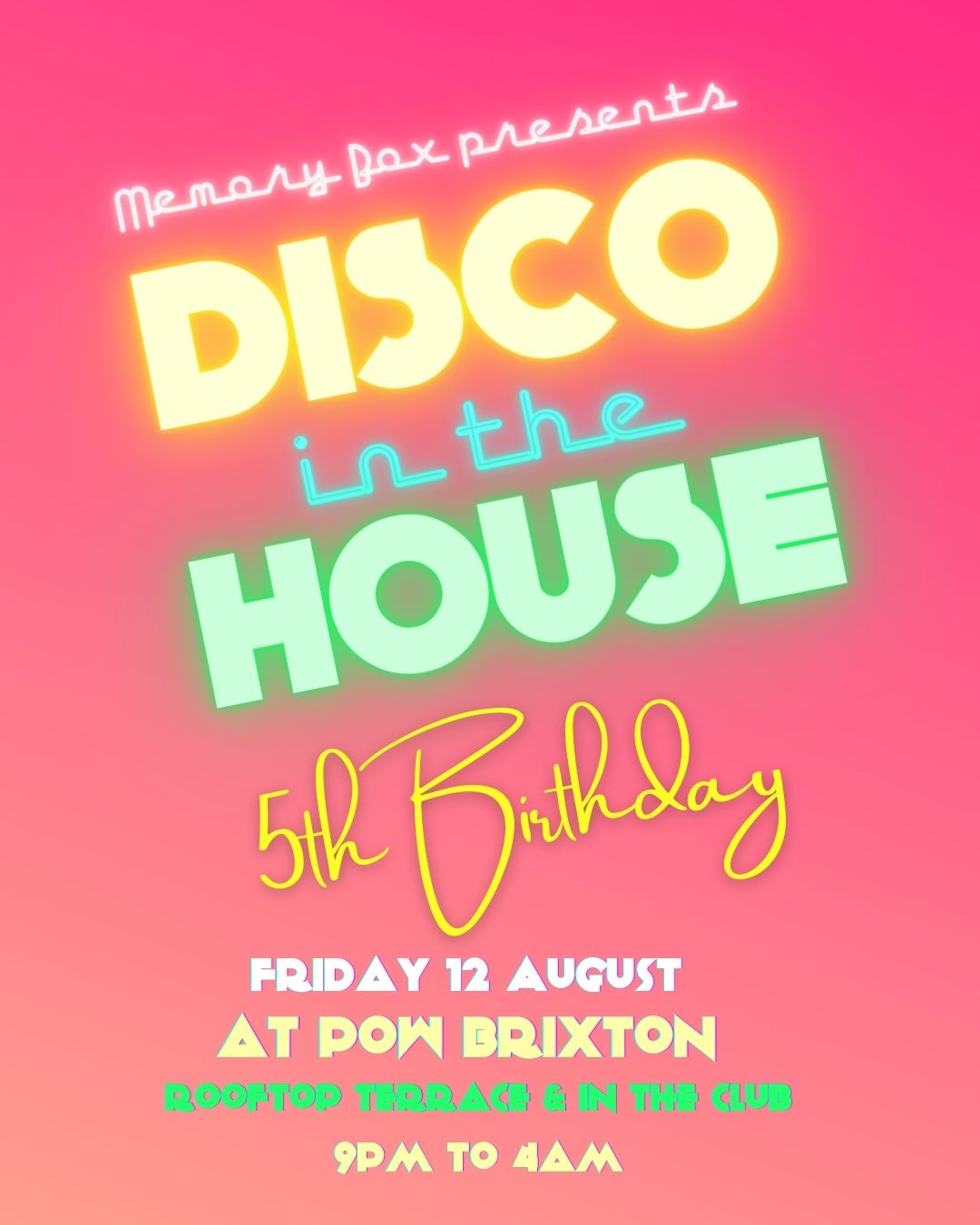 Disco in the House 5th Birthday

Rooftop terrace + in the club

We’ll be taking over the Prince of Wales in Brixton for this disco house extravaganza. Starting at 9 pm on the terrace which has both under cover and open air options, (so we’ve got you covered whatever the weather) then moving into the club later on for the full dancefloor experience.

“Brixton’s multi-floored bar and club the Prince of Wales serves many functions, but its terrace is the jewel in its musical crown. The terrace is arguably the best of any club in London…” Time Out     https://www.timeout.com/london/clubs/prince-of-wales

You will not be permitted entry without it!