Dave Lee ZR…Up On The Roof & In The Club 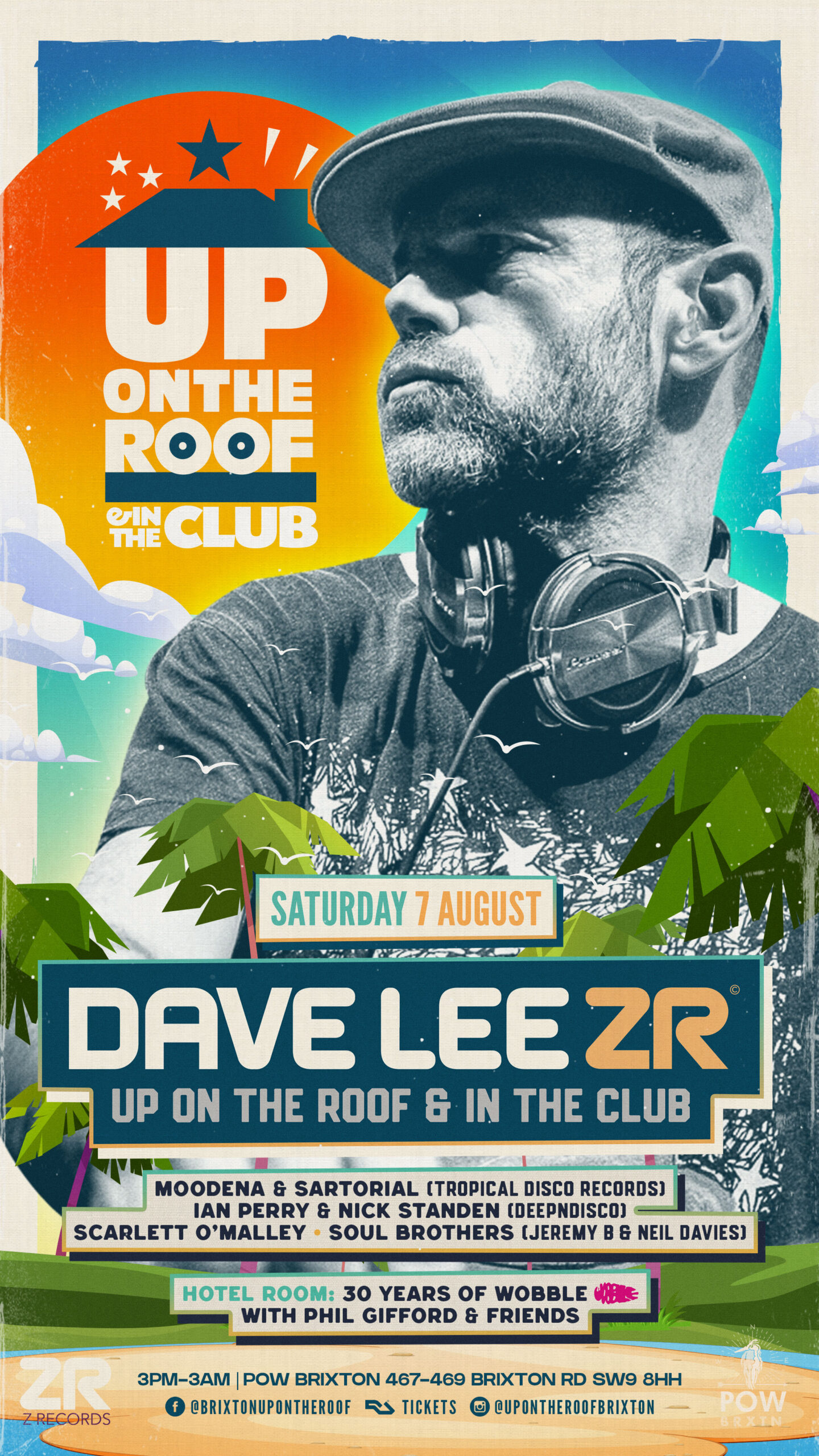 House and Disco legend Dave Lee ZR (formerly known as Joey Negro) joins to spin 2 x 2 hour sets, both Up on the Roof & In The Club this August. Dave has been producing with love for close to three decades. Arguably house music’s major proponent of soulful, disco-tinged, vocal records and without question instrumental is its development and popularisation, no-one treats a loop, groove or hook with as much care and attention. Joey Negro is the most well-known pseudonym of master British DJ, producer and remixer Dave Lee. Under a plethora of other monikers including Akabu, Doug Willis, The Sunburst Band, Sessomatto, and Z Factor, Dave was one of the first artists to incorporate disco samples in house music when he began his production career in 1988. Indeed, he was in the studio making credible and outstanding British house music when many luminaries around him were still busy getting to grips with their decks. Little has changed since then and Dave is still widely regarded as one of the most credible and in-demand artists on the global scene. Support comes from Moodena & Sartorial of the excellent Tropical Disco Records, Scarlett O’Malley, Ian Perry & Nick Standen (DeepnDisco) and Mi-House’s Soul Brothers (Jeremy B & Neil Davies). Whilst in the Hotel Room, Phil Gifford celebrates 30 years of legendary Birmingham party, Wobble. Expect amazing burgers from our burger shack and incredible views from one of London’s favourite rooftop party hotspots. — Photo ID is required for entry to all events.