Dancing with Friends with PBR Streetgang 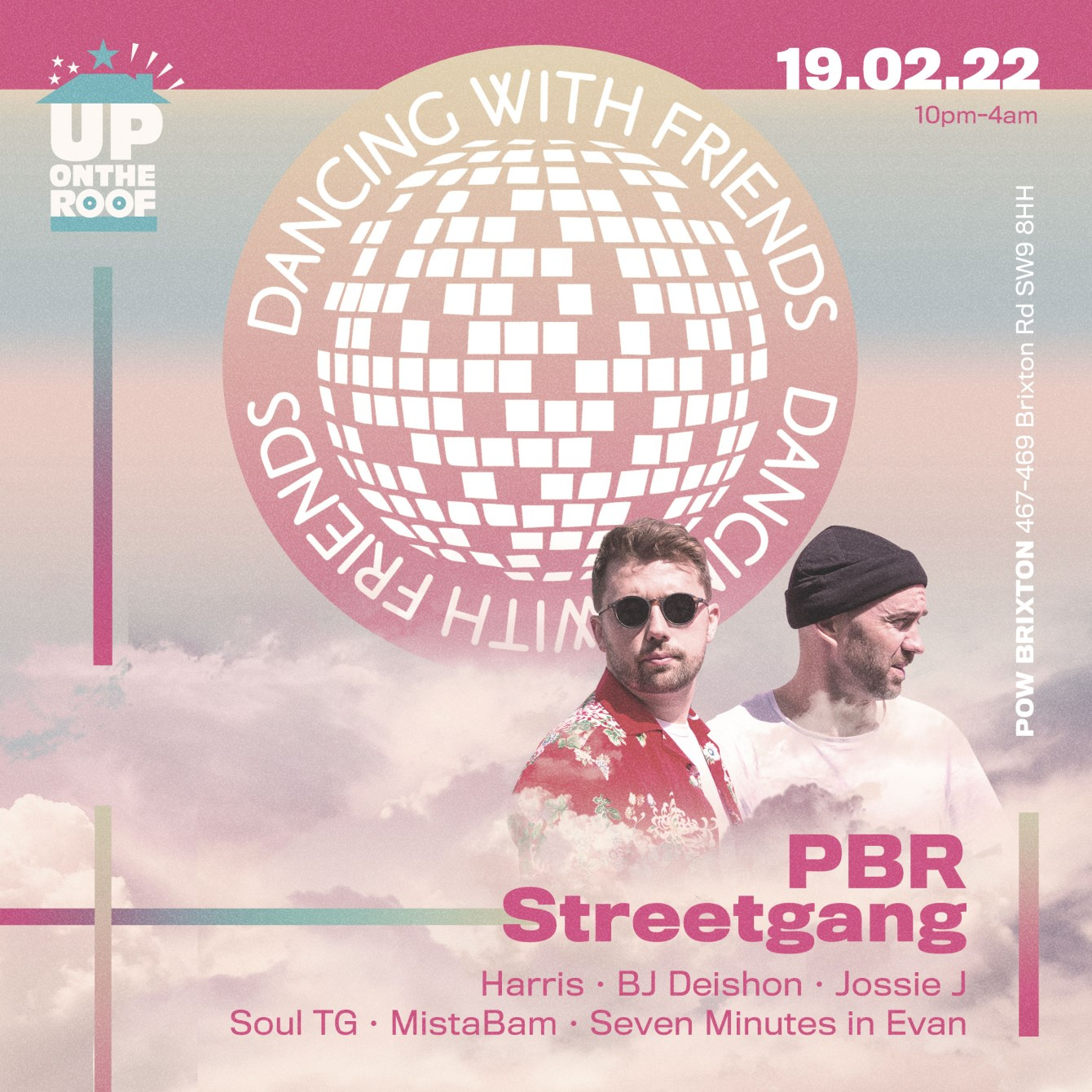 Shelling their way down south onto the streets of Brixton, PBR Streetgang join Dancing With Friends for their debut takeover of Prince of Wales.

Having permeated the House scene with their own disco inspired tracks.

PBR Streetgang have gone onto collaborate with the likes of Crazy P and X-Press 2 as well as lining up with dance music legends like Kerri Chandler and Maurice Fulton. Expect two floors of high energy as Dancing With Friends support downstairs and takeover the Hotel Room. Previously supporting the likes of Mousse T, Norman Jay and DJ Fat Tony – 2022 is bound to be a big year for the South London party starters.

PBR Streetgang, AKA Bonar Bradberry and Tom Thorpe are lifers. The pair, DJing together for well over a decade, have each been completely submerged in the world of club music their entire adult life: they’ve watched scenes and sounds come and go, and seen how the underground itself keeps on keeping on regardless of the vagaries of outside interest and the names people choose to give to it. Since they met on the never-ending cavalcade of the party scene in their hometown of Leeds, the duo have been focused on dance music’s core values – which until now has meant a succession of beautiful, genre-agnostic 12” releases on some of the best labels in the world.

In association with Up On The Roof.