Up On The Roof x FUNK ME with Mousse T. 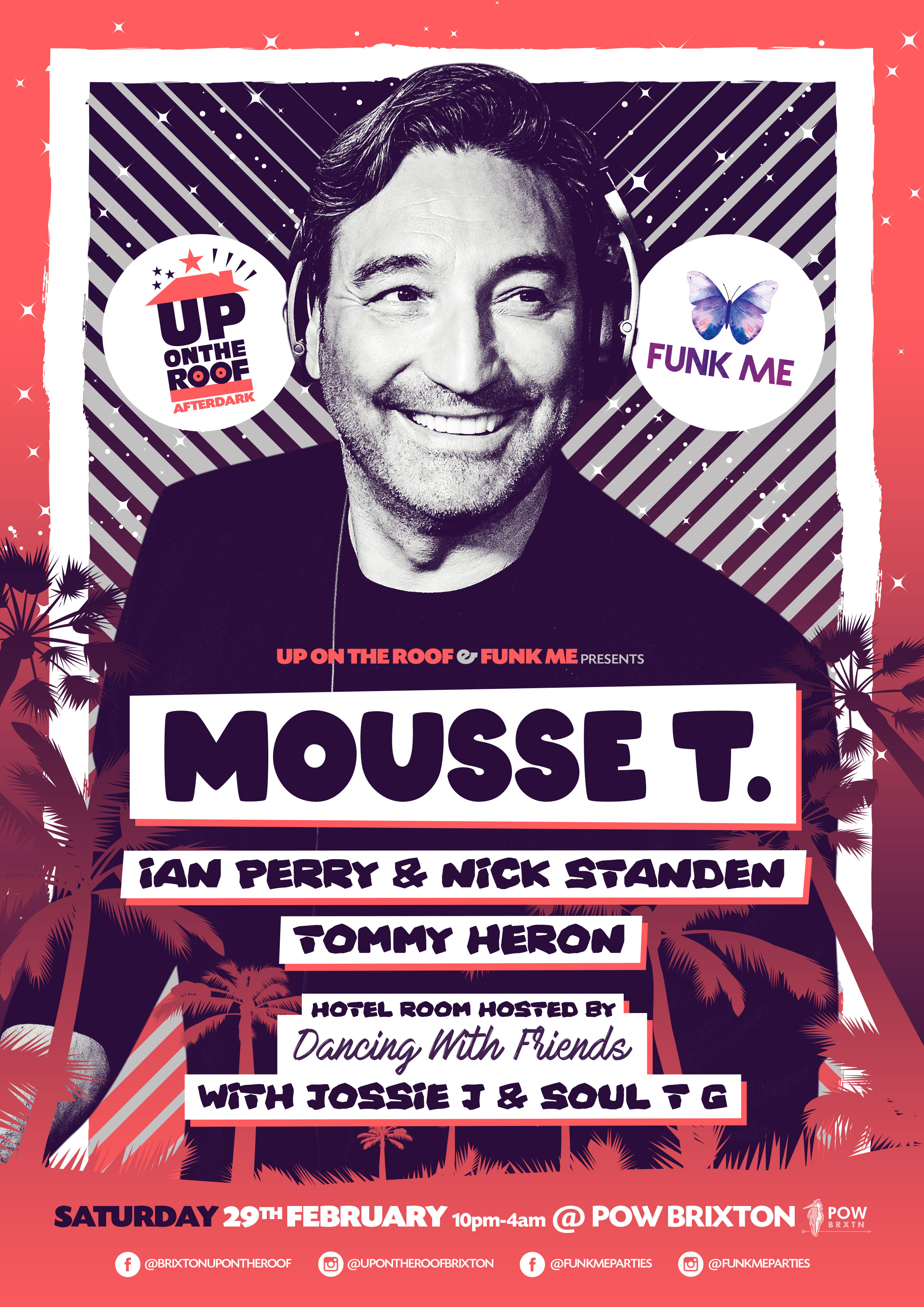 After a sold out first collaboration between Up On The Roof and FUNK ME back in October, we are back on Leap Day, after dark, with legendary German disco DJ & producer, Mousse T. heading things up.

As well as being one of Europe’s top music producers and remixers for the likes of Michael Jackson, Simply Red, Boney M and Randy Crawford, Mousse T has also been one of the foremost global DJs blending classic Disco with current House beats right across the world’s club dancefloors over the past 25 years.

Recent regular appearances at Glitterbox worldwide events, as well as remixes for the same label, have kept Mousse at the forefront of the contemporary house and disco scene.

Whilst the Hotel Room is hosted by ‘Dancing with Friends’, after a string of excellent recent parties in Brixton, with residents Jossie J & Soul T G.