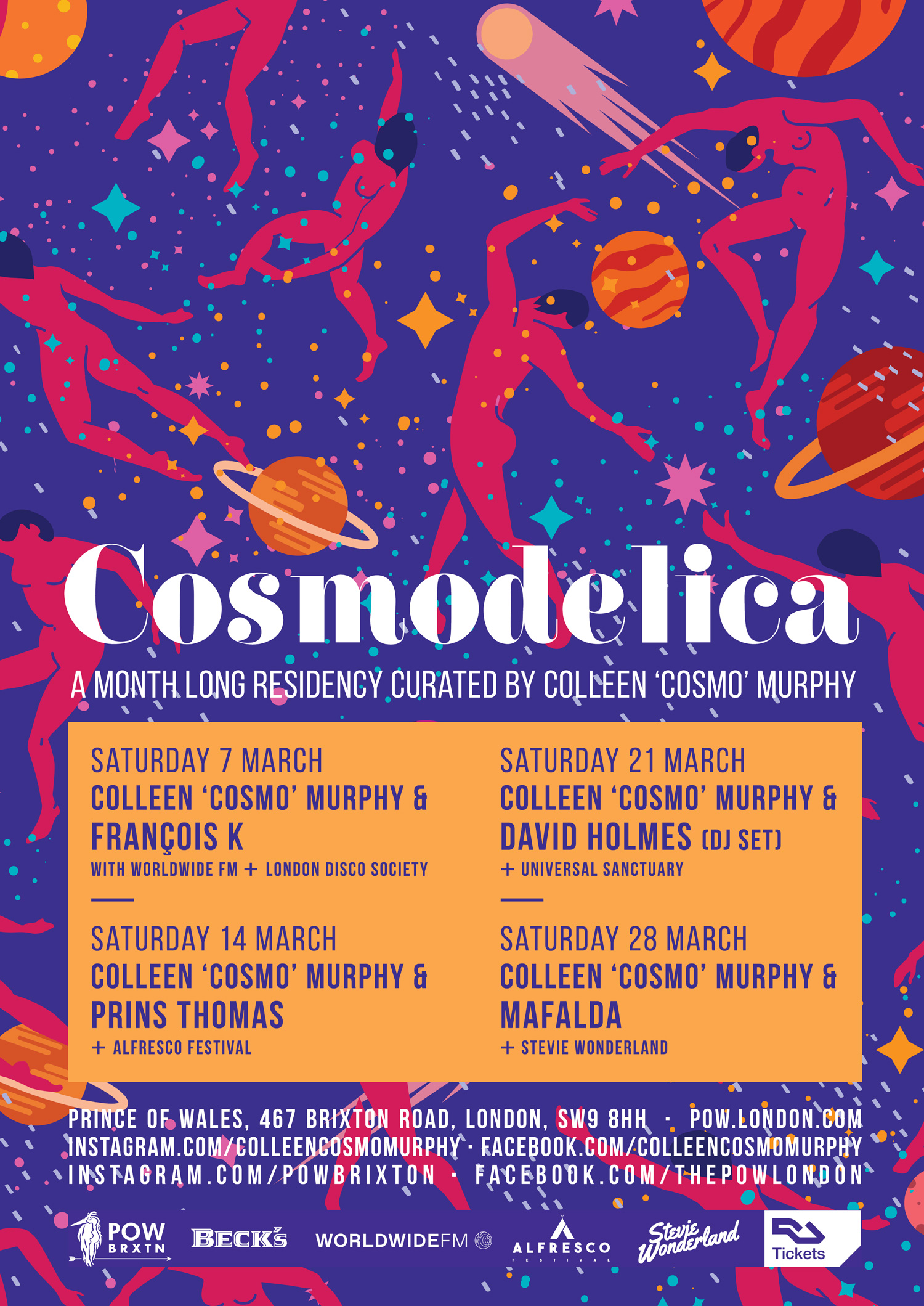 We are happy to announce that over the course of March, we welcome the fantastic Colleen ‘Cosmo’ Murphy to host and curate her Cosmodelica party each Saturday night, with a wonderful lineup over 4 consecutive Saturdays at The POW.

For the final week of the residency, we welcome Mafalda… Originally from Portugal, Mafalda moved to London and immersed herself in London’s music scene. First inspired by seeing Sadar Bahar and Floating Points play together at Corsica Studios, she became a regular at the latter’s Plastic People party and early ‘You’re a Melody’ parties.

Recently, Mafalda played key shows like Dimensions, Sunfall and Worldwide Festival. Fast forward and Mafalda’s calendar is stacked, including appearances at events such as Nuits Sonores, Dekmantel and Field Day. She has now cemented herself as one of the most exciting selectors in Europe; in fact, Crack Magazine named her Resident Advisor podcast as one of the mixes of the year.

Aside from digging, licensing and re-releasing some of the best-lost records from the last century, Mafalda frequently appears on the radio including Gilles Peterson’s Worldwide FM.

In support we have London party starters Stevie Wonderland. The guys have been putting on some of London’s finest house and disco parties since 2013., with regular guests including Crazy P, Move D, Hunee & Detroit Swindle.